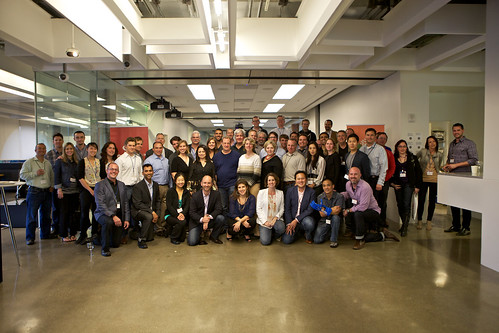 A few days ago, Crowd Companies reached its 6 month anniversary, so I felt that this would be a good time to provide an update on the company’s growth and on the state of the market.

The Collaborative Economy Movement is Growing Quickly. As a movement, the Collaborative Economy has demonstrated tremendous growth and market churn. This movement, which empowers people to get what they need from each other, continues to expand. There are over 9,000 startups in the space and there was over $850 million in new funding in the month of April alone. Adoption by people is projected to double by the end of 2014. The mainstream press and local media has begun to regularly spotlight the Collaborative Economy movement. It’s getting hard to open a newspaper and not read something about this subject, whether it is news or op-eds. This is a sure indication that, not only is the movement growing, it is here to stay.

Regulatory Upsets and Business Model Changes Show Disruption. Naturally, this has caused considerable disruption for some local governments, regulators, and traditional business models as power shifts hands to the people. Change is almost always met with opposition. There have been protests from incumbents like taxi and hotel unions. Many local governments have pushed back at some startups. State governments have moved in a variety of directions. On the other hand we’ve seen progressive corporations collaborate with new business models. In fact, there are over 80 examples of traditional corporations who’ve deployed in this market. Data seems to indicate that there is no end in sight to how the movement may totally reshape our world. There’s been increasing attention on the market, as conferences across the globe, like OuiShare, MakerFaire, MakerCon, SHARE, and my own Resilient Summit, launched to support new and existing players and to help them define their place and reach their growth potential within this ecosystem.

Crowd Companies Milestones
Crowd Companies, an association for business leaders who want to be part of this new Collaborative Economy movement, has grown as well. Here’s a few council stats:

Looking Forward. What’s to come in the future? This market, which I see as the natural next phase to follow social media, should continue to churn as startups get funded and disrupt traditional business models. Governments at federal and local levels will continue to recalibrate how they approach this market. The people who use these services will continue to gain power and the movement will continue to formalize as a new ecosystem (unions are already starting to forge). Just as corporations changed their communication models to adapt to social media, corporations who want to succeed will adopt new business models that use these same strategies in order to partner with the crowd. Social media was a ten year growth trend. I expect this market to follow a similar pattern, but with far greater impact as the physical world is being democratized through technology.