The raw data for this article is available in a publicly-shared database in this Google Sheet, which you can access to see additional details.

VCs, investors, and banks have increased their bets on the Sharing/ Collaborative Economy in greater amounts than ever before. The Collaborative Economy is an economic model that uses commonly available technologies to enable people to get what they need from each other. You’ve likely heard of the sharing economy, crowdfunding, P2P lending, the Maker Movement and cryptocurrencies. Each of these is a part of this emerging economy.

I’ve met with many investors to find out what they like about this space. They’re generally seeking fast-growing, two-sided marketplaces of buyers and sellers, riders and drivers, and hosts and guests that involve frequent revenue transactions. Just as eBay and Craigslist own none of the products offered on their sites, these new startups use technology to find idle assets and connect buyers to them, reducing costs for all parties.

While dozens of smaller startups are winning A rounds in the size of $2-10m on average, there have been two extremely large funding into startups: Uber has raised over $2.7B resulting in a market valuation of $41B (not including the recent debt financing), and a recent round funding of $530M into Lyft, bringing their valuation to over $2B. But let’s look beyond the headlines to see the broader trends of funding into this developing market and to understand how this money has been deployed:

Graphs: How Investors are Sharing their Money into the Collaborative Economy: 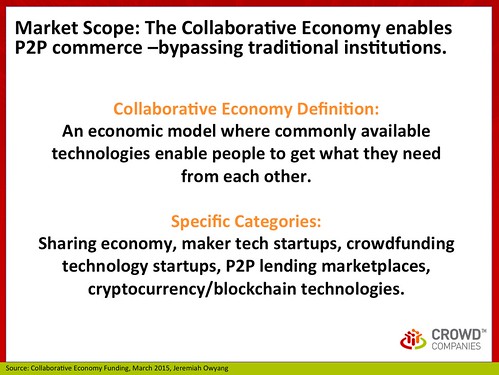 Above: Let’s first define the scope and give examples. This market enables people to get what they need from each other, often not from traditional commerce methods. 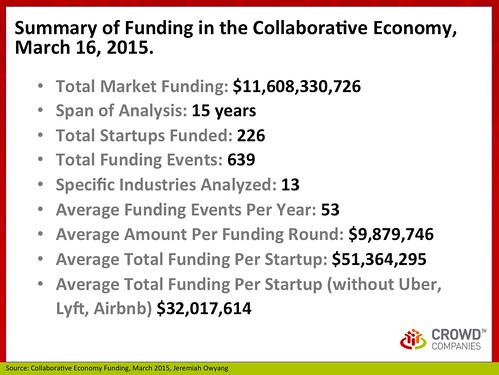 Above: A snapshot of this market shows over 200 startups funded, with $32M deployed to the average startup, not including outliers Airbnb, Uber, and Lyft 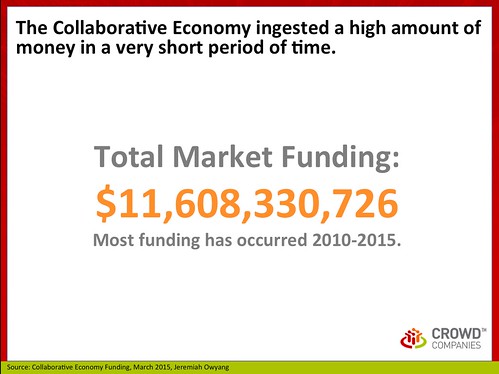 Above: Total of all funding is a whopping $11 Billion funded 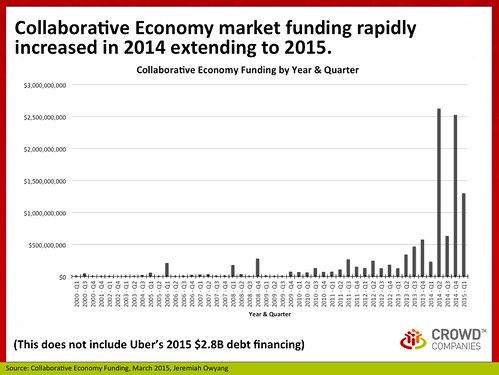 Above: Funding has increased year-over-year. 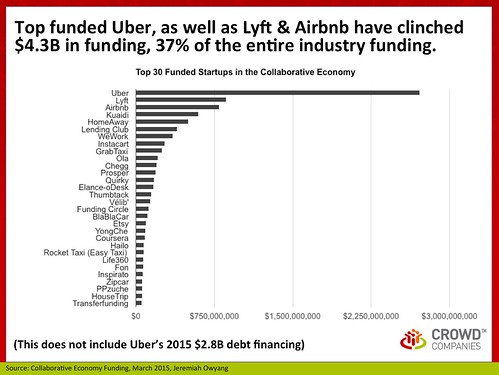 Above: Uber, Lyft, and Airbnb have clinched the most funding. This does not include Uber’s recent billions of debt financing. 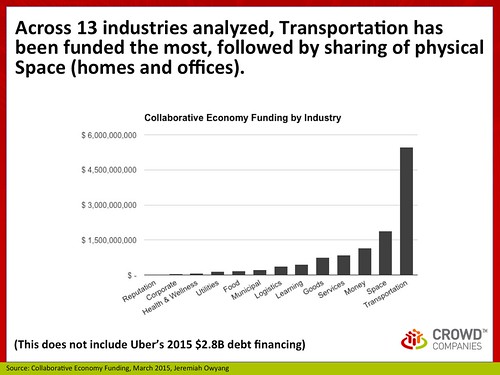 Above: Transportation funded above all other industries as expensive, idle goods can be more efficiently deployed. 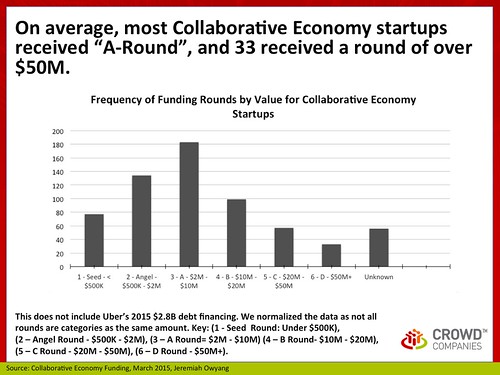 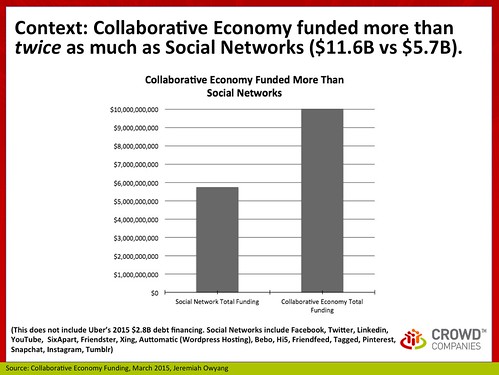 Above: Social Networks, the first market of digital sharing, raised only half the amount of the Collaborative Economy. 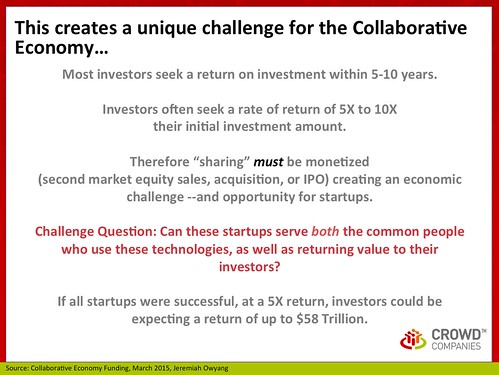 Above: This influx of funding poses risks to the ecosystem.

What it Means:
Looking beyond the raw data, what do these trends tell us about this market?