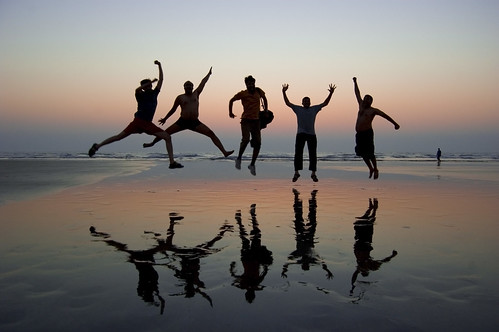 They have new powers. They are backed by powerful companies. And they are starting to organize.

No, I’m not talking about the latest episode of Heroes. I’m talking about the people formerly known as your customers. You may be asking, “What powers do they have? Who gave those powers to them? What are they going to do together?”

I’ll be glad answer that.

They are powerful.
They have new powers, and you can see a collection of stats, that enable them the ability to get all the information they need about you in real time using social networks, mobile devices, and the internet.  They can find ratings and reviews about your products as well as your competitors, compare prices and, now, have it delivered to them in under an hour from “the crowd” by using services like Postmates, Instacart, Deliv.co, Google Shopping Express and many others.  They can also choose to buy a product one time, and then share it many times with their peers, rather than the whole group buying the same product over and over again. WARNING: This will cause extreme disruption to companies that sell ‘stuff.’   This powerful crowd is also able to act like traditional companies in their own right.  They can become like hotels and host people at their own homes using Airbnb.  They can transform into restaurants by having strangers over for dinner. They can even morph into a rental car company by chauffeuring or letting friend or even complete strangers borrow their cars.  In their most advanced state, these empowered people can build their own products and goods, using Quirky, Etsy, Shapeways, TechShop, MakersRow, CustomMade and other sources, many of which are invisible to the corporate eye.

Technology is giving them strength.
Who’s giving them these powers?  Small tech companies and big tech companies are.  There are hundreds of new startups that have emerged to enable ordinary people to share goods, services, time and space with each other at distinct local levels.  Links on Craigslist (from used cars in Chicago to baby goods in Paris) are becoming like distinct companies. These startups are being funded by venture capitalists who see how “two-sided marketplaces” at scale. Also, these are startups have incredibly low upfront costs.  A handful of people can build a successful company in a few short months. Big companies are giving ordinary people super powers too.  Facebook, Google and Apple immediately come to mind.  Most of these sharing startups are using Facebook connect, an instant plug-and-play trust network.  Apple’s instant app availability means global distribution at a local level to anyone carrying a smart phone. The average guy on the street can obtain a high-powered, locally-focused app on demand.

They are organizing as a collective.
While not everyone adopts the empowered state, we often see higher adoption within high density, progressive markets and is common among younger-aged people who were born sharing using the internet.  In our last post, we explored how the Millennials will become the dominant workforce generation in less than 15 years. Like all great movements, they have opposition, and these empowered already have many challenges that combat their efforts.

The resistance is coming from municipalities and corporations that do not espouse change and its potential impact on their traditional controls. Dozens of other hardships rise to face them as they come into their own.  But the crowd is pressing on relentlessly.  Cities are scratching their heads on how to regulate these new P2P business models, and the startups are assembling lobbyists, and getting their users to vote, protest, and be heard. Using communication tools, they will connect to each other, and collectively build their own voice.

The term “customer” or “consumer” is becoming antiquated.
People who used to have the custom of buying from corporate entities will no longer be customers if they are enabled to get what they need from each other.  The term “consumer” is unpopular word in sustainability circles, especially as they seek to share products amongst each other, rather than constantly buy anew. This is a new breed of people. They have power. They have strength in numbers.  They are organizing.  And big technology companies are backing them.  This blog, and my ongoing career mission as a whole, is focused on helping corporations connect to their customers.  In order to do this, corporations must take the time to listen and to understand how customers are changing.

What it means: They’re empowered to turn their homes are hotels, their cars, taxis, they’re makers, funders, lenders…they’re micro-entrepreneurs

(image used with creative commons licensing, by Lalit, a prior version of this was posted, two years ago, this one, is updated)