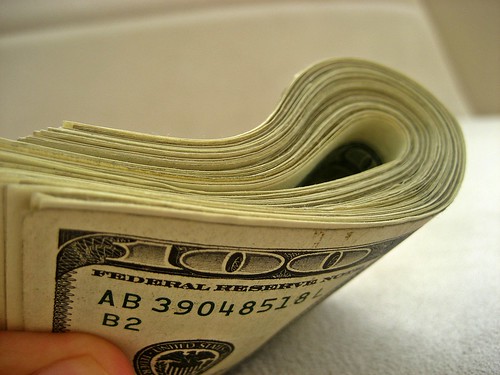 Continued analysis of market funding in the Collaborative Economy. Yesterday’s stunning news of European ridesharing company, BlaBlaCar prompted me to tally up the funding in 2014. Along with help from industry experts Lisa Gansky of Mesh Labs, Neal Gorenflo of Shareable, Mike Walsh of Structure VC and Michelle Regner of Near-Me. I tallied funding if the startup was over $1 million and there was a public record of the funding. I’ve published my analysis of funding in this movement before, from the banner funding month in April, the frequency of top VCs and my larger body of work looking at funding in the Collaborative Economy and Social Business.

[2014 funding has increased 350% in deal size mainly due to large investments in Uber, Airbnb, Lyft, Lending Club, and BlaBlaCar]

Exactly one year ago, the average funding amount was $29m. In July 2013, I surveyed a sample of 200 startups (read full report). I found that 37% had been funded, with startups receiving an average of $29 million in funding. The 200 had received over $2 billion in total funding, which is a very high amount for a largely undeveloped, pioneer market.  Interviews with several of the Venture Capitalists in this space indicated that they favor two-sided marketplaces that are scalable and have low inventory costs

In the first half of 2014, the average funding amount, is a whopping $102 million. The findings are stunning. I’ve not seen this much investment in tech startups for some time. Some data highlights: In seven short months, there’s been at least 24 distinct funding instances of at least $1 million or more in investment funding. Of those, Uber received the lion’s share of a whopping $1.2 billion in investment for global growth and product expansion. On average, $102 million is the common amount, but if you strip off the Uber investment, Airbnb, Lyft, and Lending Club are lower in investment amount, bringing the average closer to $52 million, which is still very high. 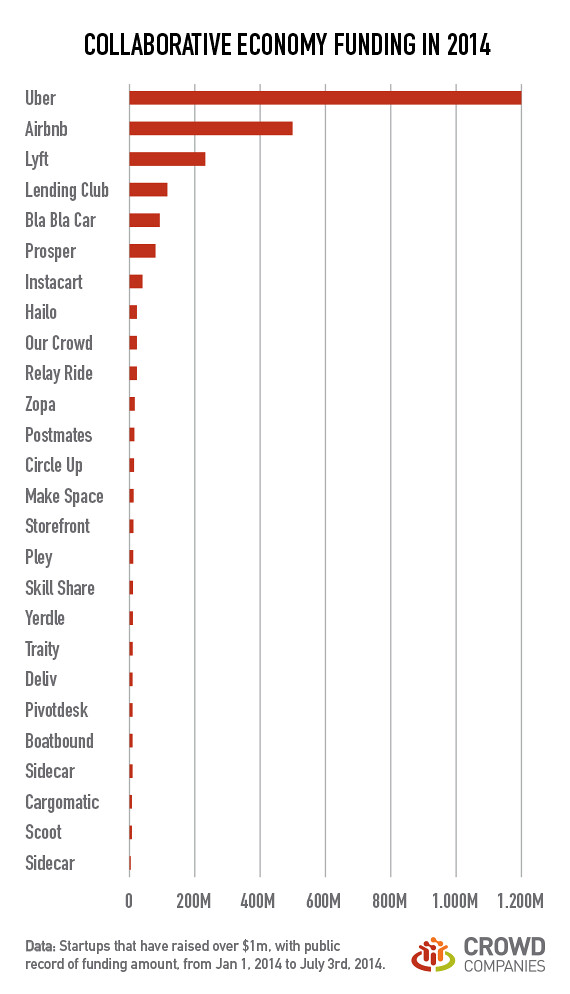 Last Seven Months of Collaborative Economy Funding by Date
You can access the Google sheet with this data by date, industry, and size. Please note the numbers are shifting as new data is being added.

Last Seven Months of Collaborative Economy Funding by Amount
Above image is the same data.

Conclusion: Investors love the Collaborative Economy – But will it bust?
So, why are investors betting big on the Collaborative Economy? These scalable business models run on top of highly adopted social and mobile technologies. They offer a high frequency of transactions, with low operating costs. They are also disrupting traditional corporate business models, as they are more efficient by leveraging internet of everything, mobile devices, apps, and payment platforms. Neal Gorenflo reminded me that these startups cause the incumbents to wail in the media, creating incredible low cost PR value, which in turn attracts more customers.

In summary: Investors expect these startups to be highly profitable and are betting down big.